Bestselling author Audrey Levy is a storyteller at heart.  It started when she was just 6 years old, spinning tales for her father by turning her weekly spelling words into a cohesive story while sitting in his lap.  You are such a great writer, he told her.  You’re going to be very famous one day, he told her.  Sounds idyllic, right?  Well.  Not so much. 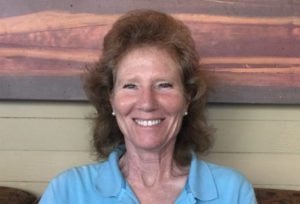 In the years that followed, Audrey witnessed and experienced her father’s old-fashioned method of discipline, which was a brief but certainly emphatic whipping with a red belt.  His loud, frequent yelling was not music to her family’s ears.  As an adult, Audrey witnessed and experienced drug abuse, estrangement from her family, disinheritance by her parents, a 20-year union with a now-deceased alcoholic neuropsychologist, an attempted rape by an emotionally disturbed teenage male, and was told of three alleged family suicides, among other things.  Pretty much the laundry list of dysfunctional family dynamics and co-dependency.

Despite all that, or perhaps because of all that, she likes to say, Audrey became a licensed Marriage and Family therapist and earned her Doctorate in Psychology.  She also pioneered a journal writing method to help herself and others heal old wounds — finding hope, recovery, and redemption.

Audrey has written four novels, a dozen screenplays, two teleplays, and one stage play… so far.   Audrey wrote, produced, and was the lead actress in her 15 minute short, “War and Family.”  Two of Audrey’s screenplays made it to the finals of Mr. Steven Spielberg’s Chesterfield Writing Competition, and a third screenplay made it to the finals of Mr. Redford’s Sundance Competition.  She currently lives on a houseboat in California.